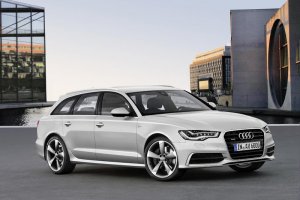 The Ingolstadt’s wagon comes at public as planned: no style revolutions and a well-proven design which continues to please customers. The 2011 Audi A6 Avant will come on the market in September, with 70 kg less, the same size but with a new engines range.

DESIGN: the sporty aesthetic of this car is aiming to capture customers attention with the streamlined lines and especially those curving the roof down. The Audi A6 Avant is 4.93 meters long, 1.46 high, 1.87 wide while the wheelbase increased  at 2.91 meters, its body is made of aluminum for 20% (-30 kg) and this with other minor changes allow the car to be up to 70 kg lighter than previous generation. Clearly, these values ​​have helped to cut power consumption (up to 18%) while the load volume reached 565 liters with standard conditions and 1,680 liters with the rear seat backs down.