2011 Chevrolet Cruze Hatchback gets to dealers 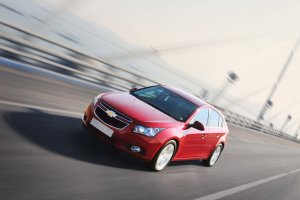 The final version of the 2011 Chevrolet Cruze sedan was unveiled at last Geneva Motor Show and previously anticipated as concept car at Paris. Now the 5-door Cruze comes to the European market to compete in the C segment of Focus, Astra, Giulietta, Golf, a niche that reaches the 30% of the market and which with the five-door goes up to the 65%. The Chevrolet Cruze is proposed with an average launch price set at around 13,500 euros.

Around 280,000 Chevrolet Cruze has been sold during last year and that helped the American company to increase its global sales of 20%.

The Chevrolet Cruze Hatchback will be sold with three different engines both manual or automatic transmission. The base version of the 2011 Cruze is a 1.6 petrol/LPG from 124 hp to 141 hp, follows the 1.8 bi-fuel petrol/LPG, while the top of the range is the 2.0-Liter turbo-diesel (both with manual and automatic). In the future it is likely to expect a 1.7-liter turbo-diesel.

The Chevrolet Cruze Hatchback has been built with the new body-frame integral BFI system and features a trunk with a load of 400 liters, which effectively decrease to 450 for the 4-door version. Chevrolet Cruze Also comes with separately folding rear seats.