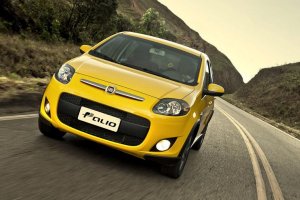 The Fiat Palio was first introduced in 1977, it became a very popular car after its debut on the Brazilian market, where 2.5 million units have been sold and where the Italian brand is the first car manufacturer. The new Fiat Palio, which n 2007 received a facelift, is larger than the current model and will be sold in three trim packages – Attraction, Essence and Sporting, with three engine and two transmission, manual and automatic Dualogic. After that the auto maker didn’t confirm a possible production for the Europe’s markets.

The 2012 Fiat Palio has been completely renewed in line with the other Fiat modes by Centro Stile Fiat in Italy. In terms of design, now it’s more sporty, modern and delightful. The new car feature an increased wheelbase (+4,7 cm) as well as the overall length, width and height. This turns in more room in the interior and better passengers comfort. What come at first glance is a facelifted Grande Punto, this could be a positive skill considering the latest customers response at this model.

2012 Fiat Palio both with ethanol and petrol engines.

The engine range starts with four-cylinder 1.0-liter unit from 73 hp and 95 Nm of torque combined to a five-speed manual transmission . The entry-level named Attraction offers the 1.4 8V Flex Evo, which comes from the Fiat 500, featuring 85 hp when running on petrol, or 88 on ethanol. The Palio Sporting and Palio Essence, however, comes with the 1.6 16V Flex E.torQ from 115 hp on gasoline or 117 on ethanol fuel, with either manual transmission or with automatic Dualogic.