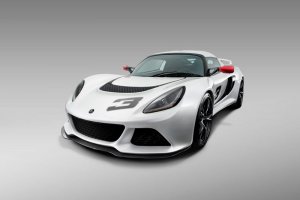 Lotus has revealed the 2012 Lotus Exige S at the 2011 Frankfurt Motor Show held last month. The new 2012 Exige S appears very similar to the precursor but with much closer examination, there are several distinctive signs that place it aside.

The new vehicle is much larger and the interior can be configured in two trim levels, Premium and Premium Sport: the first one is more comfort-oriented as much is possible in a kind of car like a Lotus, while the second favors the driving characteristic. The main redesigned elements include a new skin with headlights and single front component, while the back has been completely revised. The tail-lights are inserted into a surrounding panel which arises the entire width of the back end. Among the back facelift, there are as well a new spoiler together with a big wing positioned on the back end surface.

A exclusive new engineering for Lotus called Dynamic Performance Management (DPM) is also offered on the new Exige S. It mainly offers three different driving adjustments: Touring, Sport and DPM off. Each one of these functions determines the car set up concerning the car’s stability control system to best match the driving conditions. With the optional fourth function Race Pack, finally it can be ensured better traction out of corners, the optimized track suspension and Launch Control.

The 2012 Lotus Exige S will go available for sale sometime later in 2011, while Prices are yet to be revealed.

Next post: 2012 Brabus Rocket 800 built on the Mercedes CLS is world fastest sedan