2012 Porsche 911 to get seven-speed manual transmission 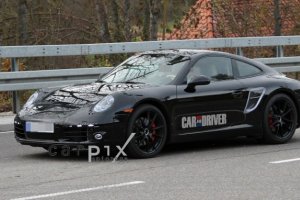 The blog mate “Car and Driver” has just published information concerning the new generation of the Porsche 911, which is expected to debut in September at the Frankfurt Motor Show. Some leaks from Porsche environments, says that new 911 will take the 7-speed manual transmission.

The manual transmission with the seventh gear, very long to rest the engine, will cut the noise, would reduce fuel consumption and CO2 emissions when driving on motorways and long journeys. The car’s efficiency should improve, thanks to the better efficiency of a couple new engines : the 3.4-l by 350 hp of the Carrera and the 3.8 by 400 hp of the Carrera S. The driver experience during the shift changing, according to those German sources, will not be different from that of the current six-speed transmission.

The 2012 Porsche 911, based on a longer platform type of the Carrera 997, is designed to share a lots in terms of technical components with the next versions of the Lamborghini Gallardo and Audi R8, as they are built on the same “modular  sports platform “.