2012 Toyota Avensis Facelift with improved styling for the european markets 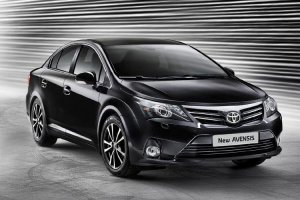 The Toyota Avensis gets its third generation.

After releasing a teaser image, Toyota has retracted the sheets on its 2012 Avensis in Frankfurt last month. The new generation of the Avensis, its a facelifted version with different shape of the one currently found on the roads. The Avensis is essentially Europe’s Camry, one of the most favorite cars in the U.S. market, but under the dress, it’s very different.

What changes on the Avensis facelift.

Besides introduction its new skin on an old body, the Japanese automaker introduces a model with a reworked more aggressive grille, new fog lamps and stretched headlamps with incorporated LEDs on the side. The 2012 Avensis has been equipped with a range of wheels that starts with 16-inch steel wheels with covers or 17-inch, then Toyota will also offer the additional option for 17 and 18-inch styles including a darker finish. In the interior, the new Avensis has been updated with the automaker‘s optional Touch and Go Plus infotainment system, that incorporates an 11-speaker audio system, email, calendar support, advanced voice recognition 3D landmarks, city models for the nav system and audio search features.

The 2.0-liter D-4D turbodiesel with a six-speed manual transmission has been updated to improve fuel consumption and CO2 emissions: the latter, according to Toyota claims about 119 g/km. More choices are between more two four-cylinder engines: a 2.2-liter diesel or a 1.8-liter gasoline powerplant. The 2.2-liter diesel engine has the option of a six-speed automatic while the other two can be equipped with a CVT. Launched in 1997, the Avensis facelift is build at its plant in Burnaston, UK, while last year the brand has sold 70,585 units across Europe.

Next post: Honda reveals the 2012 Civic price and further information