Italian Supercar-maker Lamborghini is going one step further in its usual extreme motoring by releasing the world’s most expensive car ever: the Veneno Roadster. The project is truly a wonderment of technology, style and design.

The Hypercar has been officially unveiled at this year’s Geneva motor show. Then the production is limited to only nine convertible models to be built in 2014, right when Automobili Lamborghini will celebrate its 50th anniversary year.

The price? Each single racing prototype will be sold at a price of 3.3 million Euros (excluding. Tax), nearly three times high-priced than a Bugatti Veyron Grand Sport! With the price in mind it is therefore highly advisable to be looking into some good car insurance.

The model is really a racecar while still being completely road legal as claimed the prestigious car manufacturer from the “Bel Paese”.

The Veneno Roadster is not just the usual supercar launched to offer potential owners a dozen of cylinders and extreme top speed. Based on the popular Lamborghini Aventador Supercar it follows the company’s hard-top version. 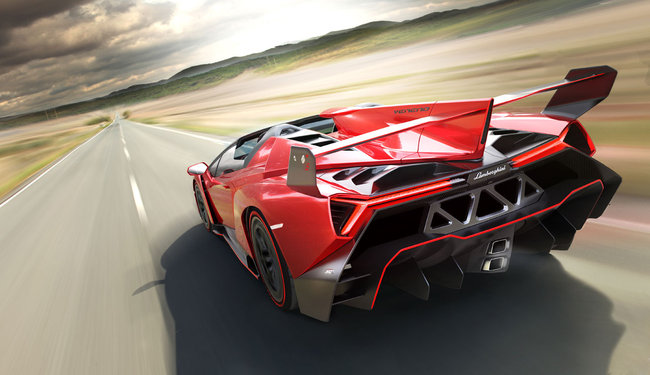 The design is never been that impressive, focused on extreme proportions, optimum aerodynamics and stability through fast corners. Large aerodynamic wing at the front-end and rear fenders optimizes the best airflow and downforce. Distinctive element for Lamborghini is the Y shape of the angular headlamps that looks well with the fenders together with scissor doors. The modern under-body changes in a proper diffuser surrounding the four exhaust pipes separated by a splitter to enhance down force peak. Large openings serve to ventilate the engine bay and manage the airflow to the rear wing, with the only sealed area at the rear being reserved for the license plate. The rear lighting, including, indicator lights, brake lights and fog lights, grab the Y theme also.

The engine top shows six holes to optimize the engine’s cooling. Also the engine cover extends into a large central flap, which boosts performance especially during braking for the rear-end balance. This big “shark flap” delivers some extra down force at high yaw angles and for that reason it increase the high-speed cornering efficiency. 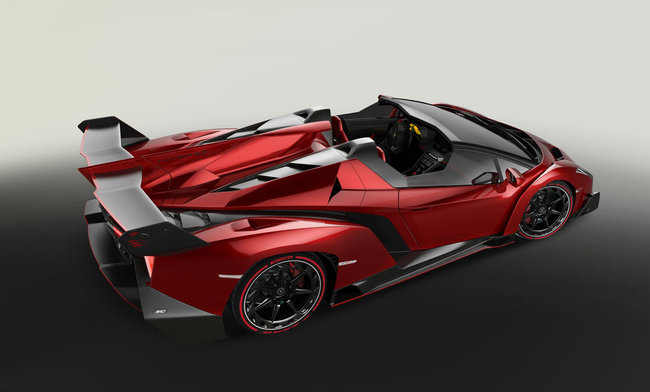 Official Lamborghini photographs are the closest examples that Lamborghini has truly outdone itself. Each model is painted in one of the colors of the Italian flag that turns in styles of the hard-top model. The Veneno Roadster is constructed from light-weight carbon fiber and benefits an extremely low ride height. Actually the supercar looks with the lower on the asphalt. Extreme design show off a truly open model, no roof at all and instead a robust roll over bar for maximum safety of the lucky owner.

The race car is supplied with the extremely fast-shifting ISR transmission which features five modes: permanent all-wheel drive and a racing chassis with pushrod suspension and horizontal spring/damper units. So that, no matter how hard the driver pushes into a corner, he will have to struggle a lot to run out of grip. Within the hood of the machine beats a monstrous 750bhp 6.5-litre V12 engine, pushing the sports car from 0-62mph (100km/h) in 2.9 seconds and on to a top speed of 221mph (355km/h).