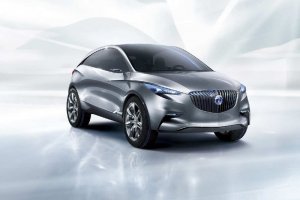 The Buick Envision Concept is a compact SUV, and has revealed all its latest technology at the Shanghai Motor Show in recent days. This concept, besides being the gateway to a modern sport utility, uses all the brand popularity in China to promote the upcoming technologies that use the plug-in hybrid system.

DESIGN: The Envision Concept SUV features several show-car details as the vertically opening doors, solar panels, and a monocoque builded with aluminum-magnesium-alloy carbon fiber which significantly reduces the weight of the car. According to some rumors, it is possible that GM decides to start a production for the market, and it is obvious that, different solutions mentioned above would remain exclusive to the prototype. Buick Envision Concept adopts 22-inch alloy wheels and LED lights, both front and rear.

Among the new on board multimedia systems are the Internet browsing shared via Bluetooth with the option of exchanging information between vehicles and display them on the OLED screen or directly on the windshield.

THE PLUG-IN HYBRID SYSTEM: a 2.0-liter turbo engine and two electric motors (integrated into the automatic sequential 8-speed transmission) drive the prototype. The electric motors operate in all circumstances when moving is slowly, while in other situations, when the lithium battery is low or more power is necessary, the petrol engine takes over. Batteries are recharged externally with the photovoltaic panel on the top or an electrical cable to be connected to a common household power outlet. The suspensions is adaptive control electromagnetic (MRC) and are combined with the intelligent all-wheel drive system which optimally distributes the drive torque at each wheel.