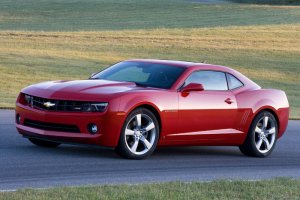 The Chevrolet Camaro is one of the few American muscle cars to arrive at the European market through a official network. The most popular sports car in U.S., after a few special editions, like the SS Convertible and the 45th Anniversary Special Edition (built to celebrate the 45th anniversary of the brand), will be marketed on September 2011 in many countries of the “Old Continent” as version coupe and convertible. To compensate the high number of requests from fans of the Camaro, despite the commercialization is expected later this year, Chevrolet has decided to anticipate the presale of many european reseller.

SPECIAL EDITION: the sale of the Chevrolet Camaro in Europe, especially during first phase, will be featured by the version 45th Anniversary Special Edition which celebrates the 45th anniversary of the first Camaro, a special edition recently launched in the U.S.. The main features of the model are the special  “Carbon Flash” body with silver bands and exclusive 20 ” alloy wheels. The equipment’s range of the Camaro will be based on the top version SS, which features a V8 engine with two variants 6.2-liters: the LS3 432 hp and 420 Nm, which comes with a 6-speed manual transmission and the LS99 by 405 hp and peak torque of 410 Nm combined to a 6-speed automatic.

The Camaro is equipped with active fuel management system, which reduces fuel consumption by using only four cylinders when power demand is lower. The suspension system FE4 has been revised and tested at the Nürburgring circuit in Germany to find the right balance between comfort and sportiveness right for European customers.