Drinking and Driving: What You Really Need to Know 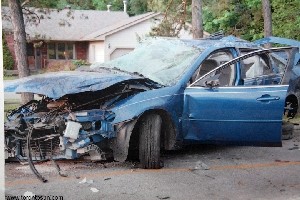 In 2009, the most recent year for available official data, 714 drivers were killed due to incidents involving impaired drivers. While the number was originally believed to be decreasing, statistics released in 2010 from MADD estimated that 1,028 car crash related deaths involved substance impairment. Despite such grim numbers, there are many ways that you can do your part to prevent fatalities, and here are just a few:

What to Do When Drinking

If you are drinking, you have to be responsible to ensure that you (and others) get home safely. Before you even leave with a group of friends, you need to choose a designated driver for the evening. It is also important that you and your group work together to ensure that the designated driver does not consume any alcohol. Fortunately, if you are going out for the night, you may be able to find locations that offer a free non-alcoholic beverage to designated drivers if they make the role known.

If you do not have a designated driver, you should have taxi numbers on hand. Under no circumstances should you ever drive after having consumed alcohol. While people believe that if you have just two drinks you are still good to drive, this is a very deadly myth.

What to Do When Hosting a Party

When hosting a party, you need to ensure that everyone gets home safely. To ensure this, be sure to offer plenty of food with alcoholic drinks since full stomaches help to reduce the effects. You should also give your guests plenty of other non-alcoholic beverage choices as well.

As the party draws to an end, be sure to stop serving alcohol an hour or two beforehand to help the effects wear off. You should also watch for anyone that looks too drunk to be on the road. If someone looks too drunk to leave, you can call a taxi or offer a place for them to stay. However, if the impaired individual is insistent on leaving, do not hesitate to take the car keys.

What to Do When You Spot Drunk Drivers

An impaired driver is often not difficult to spot on the road. Such signs of impairment may include:

Swerving, weaving, or drifting across lanes

Almost colliding with an object or vehicle

Driving on the wrong side of the road

Driving at a very slow speed

Driving with the headlights off after dark

When you spot an impaired driver, it is very important that you keep your distance. Once you are at a safe distance, you should immediately dial 911. Although many people like to play the hero, it is crucial that you do not attempt to stop the impaired driver yourself.

With these tips on how to prevent accidents due to drunk driving, you can help save not only your life but the lives of others.

Charles Wells is a former driving instructor and father of five. He enjoys sharing what he has learned on road safety by posting online.