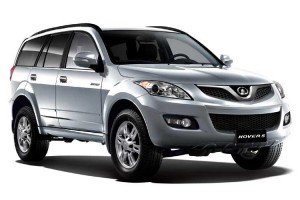 Hover 5 of the Chinese carmaker Great Wall has been preparing since this month to market its restyling version for the European market.The most important changes have been made to the truck version that is now official car. Regarding the aesthetics aren’t many changes:  a bit to the front and to rear. The body is a classic 4.6 long by 1.8 meters wide, though quite elegant, the 2.4-liter Mitsubishi engine is a petrol/LPG.
Critics perplexities concerns exactly the engine with its 126 hp, it seems difficult to compete with the more sophisticated turbo diesel engines widely sold in Europe, although the torque 200 Nm at 2,500 rpm is acceptable.
For the Chinese company is preparing a big bet, to compete in the European market and to overcome some prejudices about the “Made in China”.
However there are also positive points for this suv becoming off-road car and climbing well on uphill roads and mule tracks, showing some strength between road holes due to the presence of four-wheel drive and low gears.
Is already quite clear that the real strength of the Great Wall Hover 5 is the price:
starts from 19,600 euro for the basic version Luxury 2WD front-wheel drive to reach the 23,200 for the Super Luxury 4WD gearbox.

Next post: FERRARI 458 CHALLENGE FOR RACING AND SPORTIVE GENTLEMEN