Highlights of the MotorExpo London 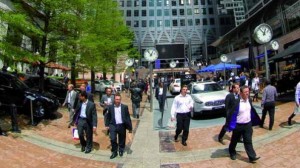 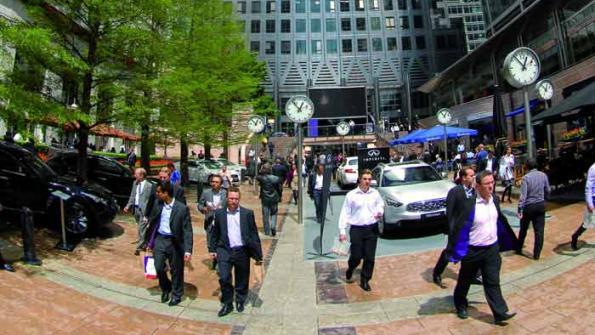 The world’s biggest free motoring event, the MotorExpo, visited London and saw numerous UK market launches of prestigious brands such as Jaguar, BMW and Mercedes-Benz. The exhibition, which took place in Canary Wharf from 11th to 17th June, transformed the capital’s bank district into the biggest open-air display of over 250 vehicles – from Ferrari to Maserati, Bentley, Vauxhall and Nissan, all the car manufacturers were there. Here are the highlights of the MotorExpo in case you missed it.

Lamborghini introduced its new flagship model: the Aventador LP 700-4. The car was named after a Spanish fighting bull that won awards for showing outstanding courage during fights. And this is exactly what the Italian super sports car maker wants to convey with the Aventador – brutal power, outstanding lightweight engineering and phenomenal handling precision. The two-door, two-seater racing bull was first unveiled at the Geneva Motor Show in 2011. Now the super car is available in the UK market for £200,000.

Jaguar launched its answer to a cheaper sports car experience: the XF Sportbrake. The vehicle will hit showrooms in Great Britain in autumn and will sell from around £35,000. The XF Sportsbrake is a perfect balance of beauty and utility. It offers you the power of a sports car while at the same time delivering the space and practicality of an estate. It is the perfect family car for parents who love to be the first to pull away at traffic lights but don’t want to compromise on safety. 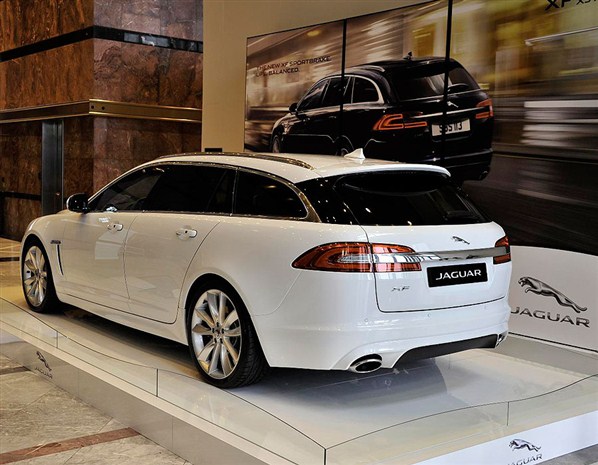 Another family ride was revealed by Mercedes-Benz: the new A-class. The vehicle will go on sale in January next year. Meanwhile, BMW launched the new 6-series Gran Coupe that sits alongside the convertible and two-door Coupe. The entry-level 316hp 640i will be available from £61,390 and the 640d will sell for £63,900.

Jeep introduced the Grand Cherokee SRT8 for the first time to the British market. With 461hp and a 6.4 litre V8, the SUV is the most powerful and technologically advanced car that Jeep has ever produced. The Grand Cherokee is a limited edition of just 30 units and can be ordered now for £58,995.

The MotorExpo was not only the center stage for brand new cars. It hosted a selection of collectors’ supercars and motorcars. H&H Classics gathered classic vehicles such as the Jaguar E-Type ‘Lightweight No.14’, the Ferrari F40, the Jaguar XJ220 and the Dino 246 GT. The supercars were presented by former Lamborghini test driver Valentino Balboni.
The motoring event allowed its 425,000 visitors to get close to the cars, sit in them or even take them for a ride. For the race fans among the crowd there was a F1 simulator that allowed visitors a virtual drive in a single seater F1 car around the Brands Hatch circuit. The driver with the fastest time in the simulator won a driving experience with the Lotus F1 team at the Paul Ricard circuit in France.

The MotorExpo will next take place in Toronto from 25th to 29th June and in New York from 16th to 21st September.

Next post: Batmobile Designer on Challenges of New Technologies