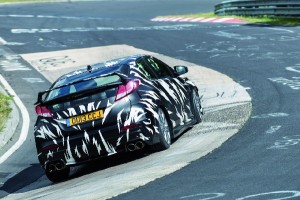 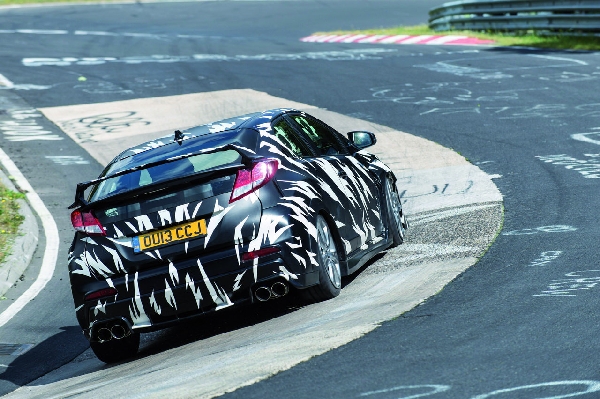 On-track testing has already started and the model still faces another two years of development before going on sale.

Last year the Japanese firm announced its ambitions for the Civic Type R to become the quickest among not just Honda cars, but any front wheel drive vehicle around Germany’s renowned Nurburgring circuit.

The vehicle has now been put through its paces on the track by Honda’s WTCC driver Gabriele Tarquini, showcasing its explosive performance and handling.

Honda Motor Europe’s president Manabu Nishimae said the model had already set a time approaching the lap record during a week of extensive trials at Nurburgring.

Nishimae, speaking at the Frankfurt Motor Show, said the model is bang on target ahead of its scheduled 2015 release date.

The new Civic Type R will be powered by a direct injection turbocharged 2-litre engine and deliver a minimum 280 PS.

Hardly a panel of the normal Civic will be left untouched by the Type R facelift.

It boasts a new front bumper, with wider air intakes, plus deeper side skirts, blistered wheelarches and bigger alloys.

Quad exhausts dominate the back, and there is a bookcase of a rear wing, similar to the old £40,000 Civic Type R Mugen.

This Civic Type R will be available as a five-door only, unlike all of its Civic predecessors.

The Tokyo-based manufacturer has also announced the Civic Tourer will hit spectacularly low CO2 emissions from just 99g/km and an outstanding 74.3mpg when fuelled by Honda’s 1.6 i-DTEC engine.

The British-built Civic Tourer adds to the plus points of the hatchback model, giving class-leading boot capacity and practicality, and will hit dealerships early next year.

Adrian Killham, Large Project Leader for Civic Tourer, said: “For me, the strength of the car is the synergy of functionality, versatility, and dynamic design. As a European development team, we’re passionate and proud about what we’ve achieved.” 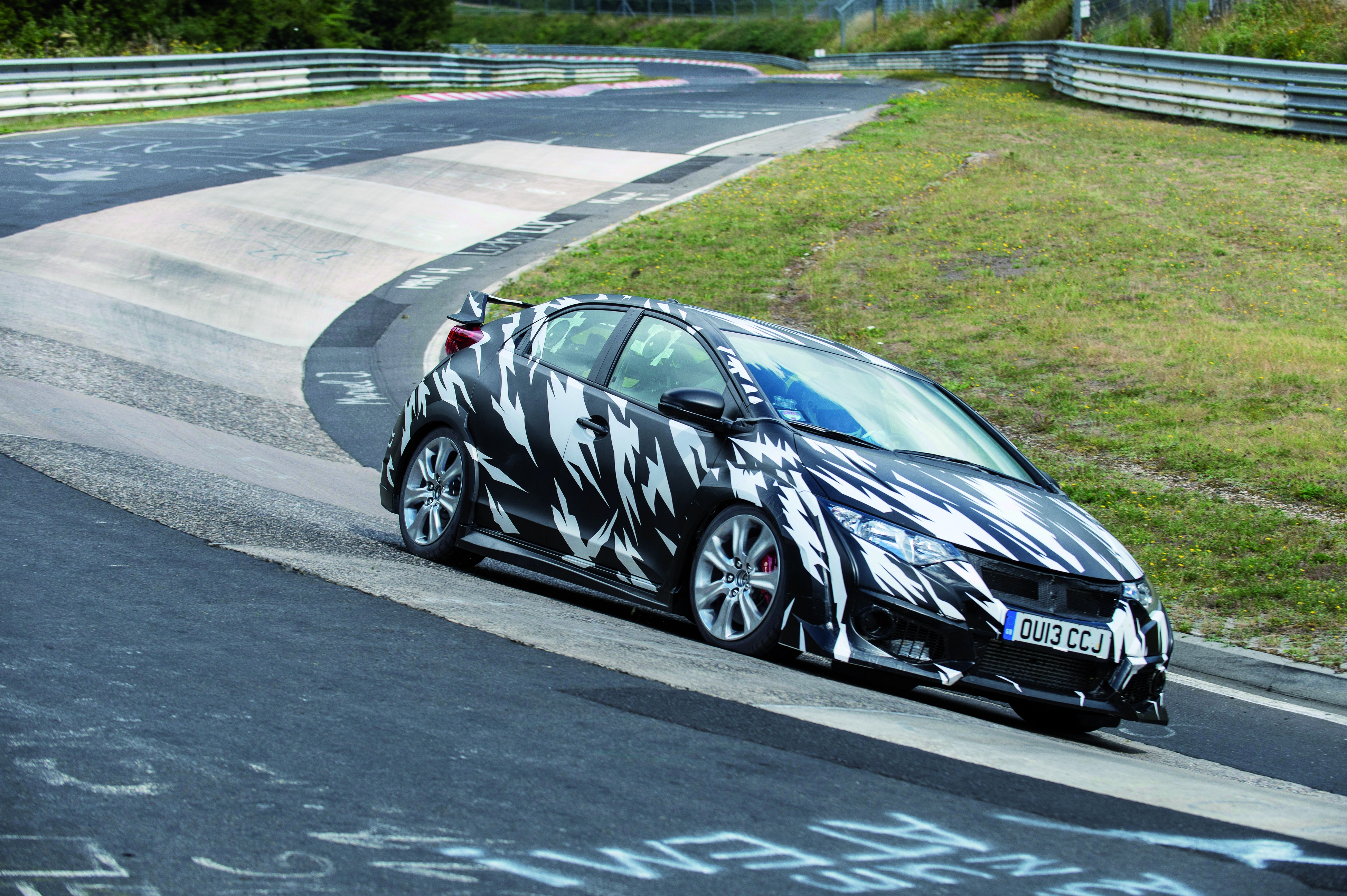