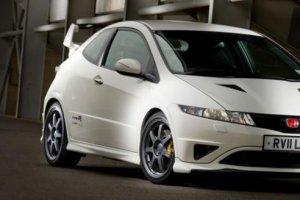 While the launch of the new Honda Civic at the just ended Frankfurt Motor Show the Mugen engineers have created a version even more powerful version of the Civic Type R Mugen, after the limited edition in 20 units, built last year.

The engine of the new Civic Type R Mugen 2.2.

In case you weren’t too impressed in the old Civic Type R Mugen, the new generation of the Honda Civic Type R Mugen is here in the upgraded 2.2 version, to celebrate the K20 petrol engine, 2.0 liter, which left the production line just recently. According to the Nippon automaker, the enhanced version of the Type R Mugen is powered by a 2.2 liter unit bringing 256 hp (191 kW) and 240 Nm of torque (177 lb-ft).

Plans linking to the production have not yet been unveiled, but it’s confirmed the sale devoted to European markets. Quite possible, however, that the four unsold units of the first Civic Type R Mugen can be fitted with the new engine.

Next post: Ferrari 458 Spider in two videos with alonso and flung in Italian coastline