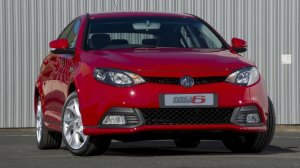 MG has brought out to the market both the 2012 revised MG6 GT and MG6 Magnette for the UK’s buyers.

The facelift remain strictly mechanical but with a better fuel consumption at of 37.6mpg, which is 2.1mpg improved than before. ReducedCO2 emissions were also diminished, with the 1.8-litre petrol engine losing from 185g/km to 173g/km. With this numbers buyers can save up to £70: £50 in the first year’s road tax and £20 the year after.

The car maker claims an improved production methods at its British factory, where ultimate assembly is performed. MG cars are designed and engineered by 300 professionals at Birmingham plant.

Guy Jones, executive at MG Motor UK stated: “This is yet more great news from our firms. It comes along with a amazing debut by Jason Plato and Andy Neate in racing versions at the Brands Hatch opening races of the Dunlop MSA British Touring Car Championship.