Land Rover DC100 would have a production as entry-level model 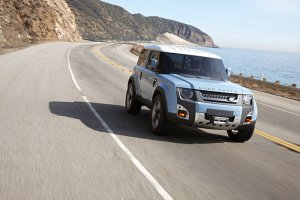 Land Rover DC100 to be the lowest priced SUV.

Land Rover is ready to bring the DC100 concept to life as an entry-level car that would position below the Freelander. The DC100, originally conceived as a pure design concept will make the company’s lowest priced vehicle. New entry-level DC100 which is based on the Evoque platform, would be just 4.3m long, making it a the official competitor for the Nissan Juke, Skoda Yeti and the Mini Countryman.

To build the Land Rover DC100, British car maker is considering also the option to use the architecture to be used on next-generation Defender. However, there isn’t plan for the Defender to retain its body-frame setup, which is not very suitable for the urban crowd. The new entry-level car would be part of what the brand refers to as its leisure-oriented range, while the others being labeled as Utility (Defender) and Luxury (Evoque).

Brand’s bosses affirms to pushing on extending the range of models with the target to launch over 40 vehicles in its five year plan. The manufacturer announced also the intention to come up with a launch of its compact crossover Evoque in a different and much bigger version.

The compact SUV will have certainly an engine choices including the four-cylinder turbo units.

Pricing for such a vehicle is far from placed, but company executive John Edwards recently revealed the pricing for a vehicle like the DC100 would be well below most expectations. The Land Rover DC100 would costs from £20,000 to £25,000.