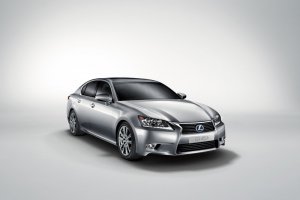 As stated one of the company’s head, the 2013 Lexus GS 450h will provide their buyers a new hybrid package with exciting blend of performance and precision. With its dynamic exterior design, spacious interior and advanced technology options, the Lexus GS 450h further proves the brand’s competence of luxury hybrid.

The total power of the Lexus GS 450h is 338 horsepower, almost the same as the old generationenough, according to the car maker, to allow acceleration 0 to 60 mph or 96 km/h in 5.6 seconds and hit a limited top speed of 131 mph or 210 km/h. This numbers figures also look pretty much the same as the GS 350 unveiled recently at California’s Pebble Beach event. The GS 450h is entrusted to an electronically controlled continuously variable transmission. One element expected to be enhanced is the fuel consumption which Lexus says it’s lower by 30 percent.

The hybrid version of the GS is recognized for LED headlights, rear bumpers for the shield that covers the tailpipes and logo surrounded by blue Lexus. The Lexus GS 450h is fitted with tires 225/50 R 17 or 235/45 R 18 as option.

Next post: Volkswagen up! and its New Small Family Concept just revealed