Lexus have taken a refreshingly different approach to executive travel to produce a serious contender in a market dominated by the German car makers. With the new Lexus IS300H, there’s no doubt that quality, service and refinement are unbeatable as is the lengthy kit list. Furthermore, while the hybrid system is super-efficient, the IS also falls into car insurance group 32, which is great for drivers considering what this car offers as standard.

Taking on Audi, Mercedes and BMW is no easy task in today’s car market. So for the Lexus IS, this means a hybrid instead of the usual diesel engines, plenty of equipment and attractive, angular Japanese-esque styling. But as Lexus are still chasing the same customers, they’ll have to beat the Germans at their own game in order to gain any traction.

The new IS comes as a 4 door saloon only and with a choice of two engines – the petrol IS 250 or the Hybrid IS 300H. Prices for the 250 start at around £26,000, with the Hybrid costing £3,000 more. If you thought Hybrids were just eco warriors, think again. Official fuel economy is 65.7mpg thanks to the hybrid engine, however as the automatic gearbox holds the engine at constant revs, the car can feel a little sluggish and monotone. Still, the Lexus IS300H is a cut above many of the Toyota hybrids.

How Does The Interior Fare Against Competitors?

It may not be the biggest in class but the space in the boot is very generous, and there’s some added features such as luggage straps so you can secure loose items. The New Lexus IS300H is also a bigger car than before, and combined with thinner front seats there’s much more leg and head room for passengers. The styling is excellent and the interior is beautifully put together; the contrasting trim on the doors is a particular highlight.

If we take a more detailed look inside, the Lexus IS is certainly more reserved than many of its counterparts, with quality materials providing that luxury feel. Unfortunately the mouse-like remote for the entertainment system isn’t the easiest to use, but the basic model does come with alloy wheels, cruise control, touch sensitive climate control, Bluetooth, DAB digital radio and automatic headlights. 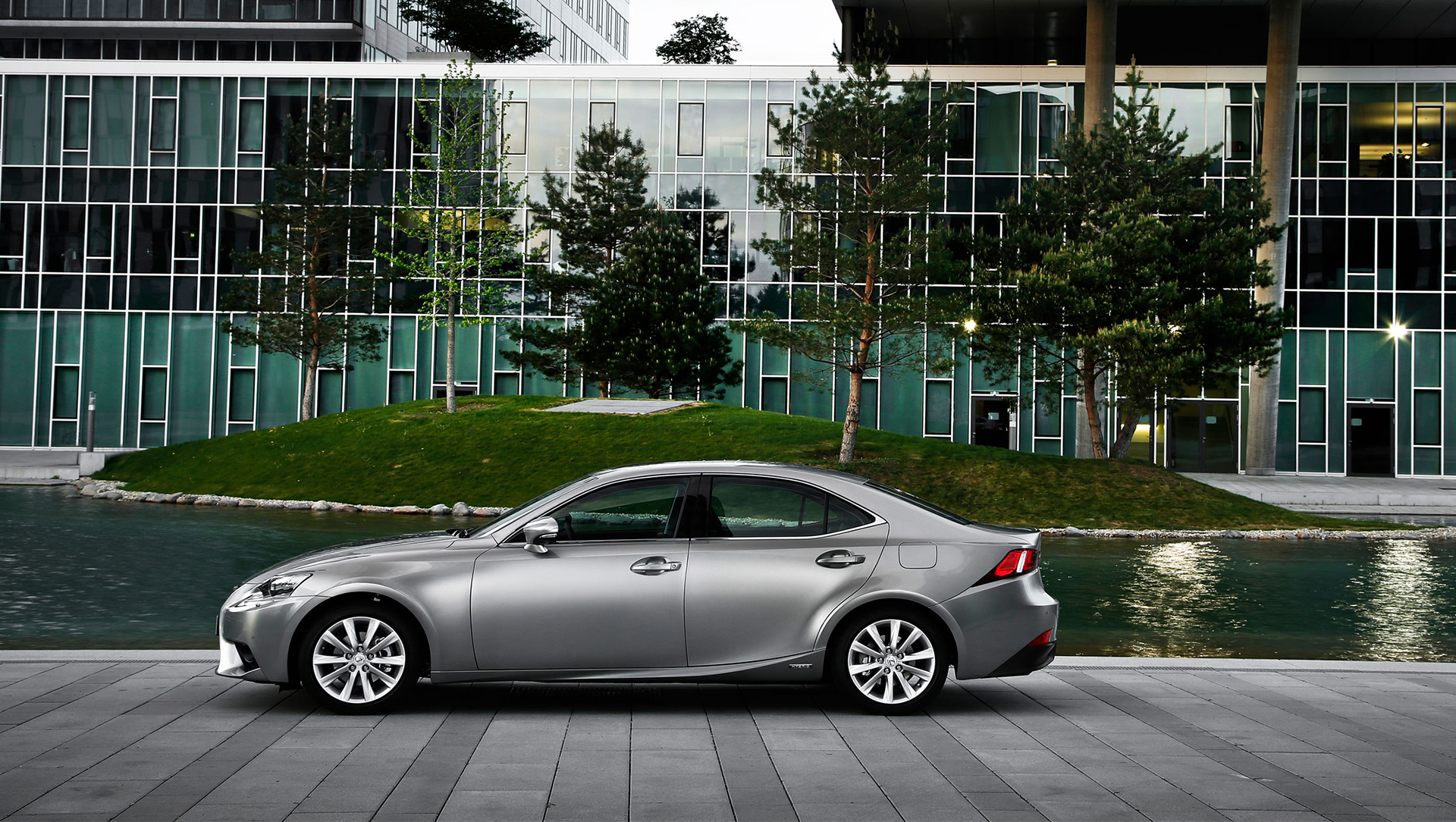 Premier models come equipped with a powerful 15-speaker system created by Lexus and Mark Levinson – easily one of the best on the market. Electric seats are included too, as well as a 7 inch satnav display and a reverse parking camera.

The Lexus IS300H feels pretty sporty to drive, offering plenty of grip, quick-to-react steering and not too much roll in the corners either. Thanks to the super-quiet hybrid petrol engine combination, this car is offers a pretty hassle-free and relaxing drive. The CVT automatic gearbox is very slick but only in slow speeds, with frustration kicking in once you start to push on. Even in sport mode throttle response is too slow.

Lexus is known for its reliability, and although it isn’t as good to drive as the benchmark BMW, you do get more for your money. So, while it isn’t perfect, the new IS makes a strong case for daring to be different.