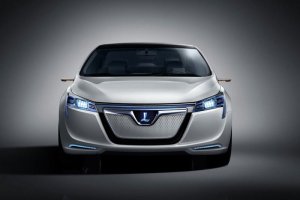 Luxgen unveiled, at 2011 Shanghai Motor Show, the new Neora EV, a electric concept created by Yulon Motor, which is the largest manufacturer in Taiwan.

Luxgen Neora concept is a front-drive sedan, pushed by an electric engine with 180 kW (244 hp) powered by lithium-ion battery with 48 kWh. Although the design of the Concept Neora – inspired by the Honda Acura did not seem very innovative, Luxgen folks chose to use a lot of LED technology to give a modern look to the Taiwanese sedan. Interior stands out with the head-up display, LED screen for infotainment and the panoramic glass top.

Luxgen declared the performance for this prototype: top speed 250 km/h and 6.7 seconds to accelerate from 0 to 100 km/h. The range of Neora is about 400 km and to recharge the power battery to 80% takes just one hour. Up now the car is only a concept, and Luxgen has not released any statements about the production.