Manufacturers Gear Up for the Frankfurt Motor Show 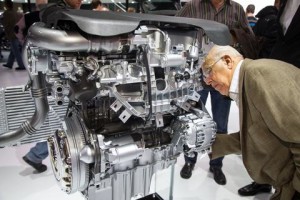 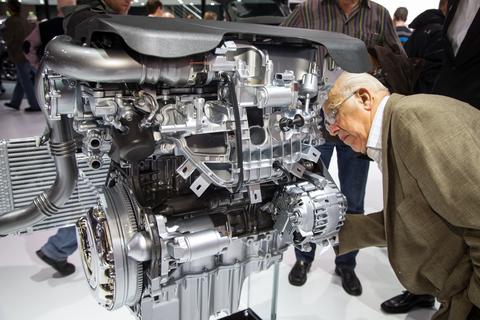 The 65th International Motor Show opens its doors to the public this weekend after a week of stage-managed showcasing for the press and wider industry. Over 1,000 exhibitors from 35 countries are in Frankfurt for the annual show, which was opened by Chancellor Angela Merkel.

With so many different manufacturers from every aspect of the motor trade it is hard to pinpoint any show-wide trends, but there are certain to be a few key themes in evidence, the most notable of which looks set to be the rise of the hybrid vehicle.

Long-standing pioneers of hybrid technology Toyota will have their entire stand devoted to their hybrid range which will surely please daily insurance seekers, whilst a range of other manufacturers will be touting their own ventures into the hybrid market with stand-out contributors being Porsche who will showcase their über-sporty 918 Spyder and Land Rover who will be promoting the new Range Rover Hybrid.

One of the most anticipated features of the big motor shows is always the concept cars as mainstream manufacturers go all Wacky Races meets Scrapheap Challenge on us with some outlandish vehicle designs. Frankfurt will be no exception to this either, with Brabus showing off their six-wheel B63S 700 6X6 and Vauzhall’s Monza concept complete with huge winged doors – try getting short term car insurance for that, particularly if you’ve got a small garage.

Another company going all out with their concept car in Frankfurt are Smart who will be showcasing their new FourJoy, or rather a futuristic version of it. That is unless the model scheduled for release next year really will have no doors, chrome body work and bucket seats straight out of Carnaby Street 60s flashback.

On the subject of flashbacks, at least two manufacturers will be going back to the 80s in Germany with updated versions of their own retro classics. Audi will be unveiling the new Sports Quattro a remodelling of the 80s classic that will also be available as a hybrid. Volkswagen too will be turning a past favourite to a more modern theme as they push out the Golf hybrid at this year’s show.

Technology is always big at the motor shows and you can expect a great range of it on show from the 50 communication functions available in BMW’s Connected Drive ‘infotainment’ system, to the Brabus 850 Biturbo ‘iBusiness’ which features an Apple iPad, iPod, TV and Mac all within its interior. If the technology in itself is more appealing than the cars, then you can of course always kick back and relax in the Mercedes-Benz self-driving S-class.

Previous post: Buying a van: what you need to know