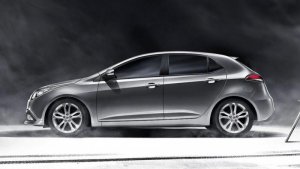 MG5 ready for the Chinese market.

Official images of the MG5 have been released, Eighteen months ahead of introducing in the UK. The 5-door hatchback model goes on sale in China very soon. The pictures show a C-segment-type hatchback with angular headlights and conspicuous creases along the bonnet and front wings.

The Chinese market car will be driven by a 1.8-litre petrol engine producing around 105bhp. European versions will have a variety of engines, which MG desires will include no less than one diesel unit. It had previously already been recommended a range of downsized petrol engines between 1.0 and 1.5-litres and would be available, with power outputs ranging from 115bhp up to 162bhp.

The MG5 is is gonna be offered only as a 5-door hatchback. As its name advise, it will be have sizes between the MG6 and MG3, which will launch during the early 2013.