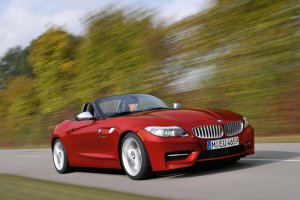 The debut of the BMW Z4 sDrive28i at New York Motor Show (April 22-May 1) was perhaps a bit overshadowed by either many unveiled concept cars and the contemporary auto show in Shanghai (21-28 April).

The new engine is the same as the recent TwinPower Turbo of BMW X1 xDrive28i and stands as a serious alternative to the version 6-cylinder 3.0 sDrive30, which develops just 18 hp more than the sDrive28i. BMW states that fuel consumption and CO2 emissions are lower than the current Z4 sDrive30 but have not been released official data on top speed and acceleration.