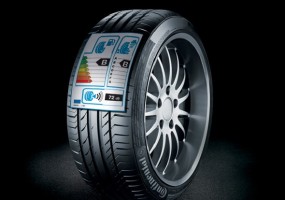 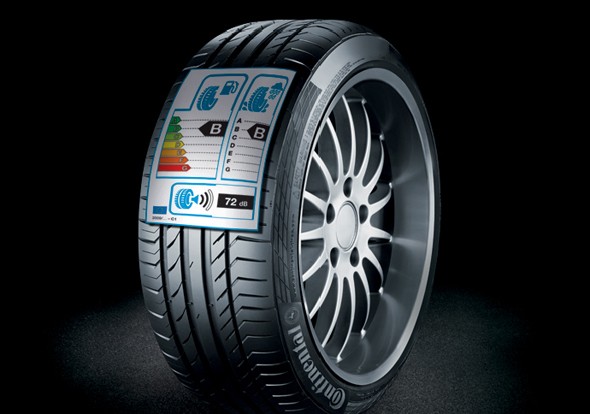 Coming into effect in November 2012, the EU Tyre Labelling Law was passed by the European Parliament to enforce three standardised labels on the tyres of cars, vans and 4×4 vehicles. The tyres will now have to include information on fuel efficiency which the tyres provide, the grip/braking distance, and external noise emissions.

The first factor which is measured by the new regulations is the fuel efficiency. The measurement is based on ‘rolling resistance’, which is the friction is caused by the tyre moving on the road’s surface. While it may seem like there is little that can change the impact of friction on a tyre, the actual design of the tyre can change significantly to reduce rolling resistance.

All tyres will be rated based on a grade system, with A being the most efficient. The difference between grade A and grade F tyres’ fuel efficiency rating is dramatic; an A grade tyre is likely to reduce your annual fuel consumption by around 80 litres, equating to in excess of Â£100. You won’t just be saving the environment by switching to a more efficient tyre, but also money!

The label of the tyre will contain a symbol of up to three waves, with three waves indicating a tyre which has high levels of noise emission. There is new legislation being discussed which will enforce even stricter controls over the noise made by tyres. Although it may not seem like noise emissions are something which are of a great concern, excess noise can be disruptive in urban areas, making this symbol more important than you may think.

The idea behind the new law is simply to make cars in Europe more efficient â€“ up to 20% of the fuel used by your car is from the tyres, so making them as efficient as possible can be a very important factor in determining the carbon dioxide levels your car is emitting. Needless to say, the less fuel you are using, the less fuel you will have to buy and therefore the cheaper running your vehicle will be! Plus it will ease the pressure on depleting fossil fuels. While the new legislation may not seem like it is relevant, the more information you have before purchasing a tyre the better. Now you can make an informed decision based on the new EU regulations, as all tyre manufacturers must conform to the legislation.

Lewis Cooke is an auto technician. Cars are his passion, and he blogs about how to best take care of them for various websites in his spare time..

Next post: Is it time the UK embraced electric cars?