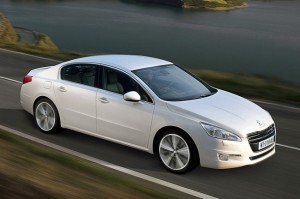 The style is inspired by the concept of SR1, shown at this year’s Geneva Motor Show: The four-door notchback sedan is a pretty streamlined car, does not upset the typical’s brand french style. The dashboard looks  linear, rather elegant, with a large monitor in the middle, between the air vents.

The 508 is equipped with new engines HDi common-rail turbo diesel with the Stop & Start system. A few months later, according to the peugeout statement released today, will debut the hybrid version HYbrid4, four-wheel drive and 200 hp, characterized by CO2 emissions equal to 99 g /km when  with the engine.