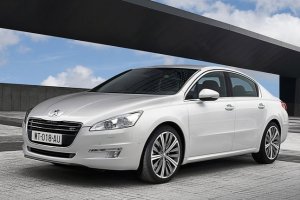 The Peugeot 508 range, after a few months since its commercial launch, undergoes some minor updates of the trasmission reserved for diesel engines 1.6 and 2.0 and the petrol 1.6 THP turbo, available for both sedan and wagon. The Peugeot catalog is modified once again to add the new available versions. After been officially unveiled at the Paris Motor Show, the car has arrived at  European markets since early 2011.