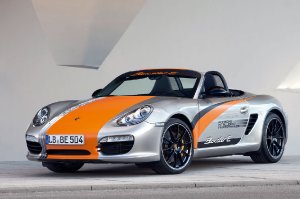 Porsche Boxster also experiences the way of a electric traction, which until a few years ago seemed almost a fiction, but today the cars with zero emissions are gaining in the sports segments and in the most famous brands.

There are a total of three Boxster prototypes  and participating in the testing program for research on electric vehicles, built by the German Ministry of Transport. The Porsche Boxster is aesthetically the same as the version powered by an internal combustion engine. The weight of the car and the central engine position, in fact, allowed to adapt the new mechanics in a simple manner. The German Spyder is equipped with two electric motors delivering a total power of 180 kW and powered by lithium ion batteries by 29 kWh.

Performance have not been reported, but according to the carmaker, are similar to those of the standard Boxster S, so is expected a sprint on the 0 – 100 km/h in 5.3 seconds and 274 Km/h top speed.

Next post: Toyota EV the concept to be electric iQ