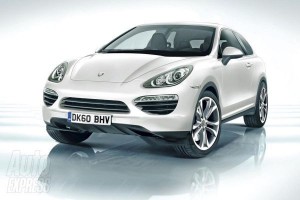 Cajun is the name that Porsche gave to its new compact SUV. The manufacturer of Zuffenhausen, Porsche, has unveiled some details of its plans to build a new SUV, to add at Cayenne. The news is not a rumor, it has been confirmed by CEO Volkswagen Martin Winterkorn, the new Porsche should use a common platform, that of the future Audi Q5 thereby maintaining the same approach and the proportions existing between the Audi Q7 and Q5. This is a car that should be commercialized in 2014 or no later than 2015.

As for engines seem almost certain to have a 4-cylinder, but the real news is that Porsche has decided to reveal details about this car long time in advance, which is generally not the case for a Porsche. The name is, like Cayenne, a French Canadian ethnic group identified in Louisiana. This new attempt to diversify the Porsche catalogue, after what happened with Cayenne and Panamera and to widen the cars range, confirms that Volkswagen Group is deeply committed, by 2018, to become the first motor manufacturer in the world. Other important testimonial of what we are saying is the link between Volkswagen and Porsche rendered even more strong by Italian designer Walter Maria de Silva, one of the most renowned designers working in the automotive sector. He will dictate the new styling of Porsche and its first skill test will be Cajun.