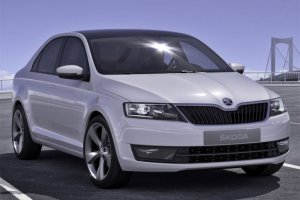 Skoda MissionL wants to be desirable and cheap.

The MissionL made by Skoda is now hitting the road, after being officially presented at the 2011 Frankfurt Motor Show last month. The Czech prototype proves that it’s a fully well-designed car besides an enticing style of what is designed to be a new low cost sedan that will rival the cheap Dacia. The new Skoda MissionL is would be placed between the two Fabia and the Octavia models and should be sold initially in markets like Russia, China and India, but the European production might have far better quality materials and a bigger room.

The expected engine of the MissionL is a 1.6-Litre.

The automaker, under its mother brand, the Volkswagen Group, still didn’t provide any information about the MissionL’s engine, performance, fuel consumption and Carbon dioxide pollution levels, but the production version is predicted to be driven by a 1.6-litre naturally aspirated, exactly like the eastern-europe car manufacturer.

Winfried Vahland, the Skoda Board Chairman, said: “This brand-new compact model, in conjunction with some other new products to follow, will enable us to achieve our goal increasing global annual profits to 1.5 million cars by 2018. We are going to present a new car approximately every six months over the next few years”.

The product that will result from MissionL will be crucial for the Skoda plans, already the results of global industry are moving in that direction only in the first eight months of 2011, in fact, Skoda has recorded a growth of 18.3% and this without still the MissionL.

Next post: 2012 Toyota Avensis Facelift with improved styling for the european markets