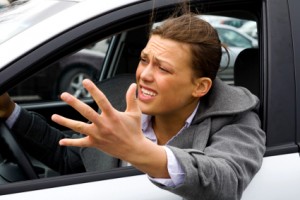 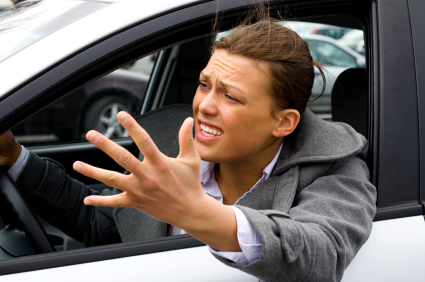 There are many of anti-social driving habits that should be avoided out on the streets. Most people have experienced a crazy road driver who is beeping his horn, tailgating you, racing at traffic lights, offering you the well known and rude hand sign or simple looking to trigger a scenario where he can take out his stresses on you with intimidation.

How motorists behave in such situations? According to Quotemehappy.com, the web insurance company for careful drivers, 79% of Brits being irritated by other’s drivers will let their rage emerge. However the 45% of the Brits affirms to to do nothing more than bite their tongue and accept the situation.

There’s also a small difference between men and women drivers. Men appear to be much better at evaluating the space of their vehicles and distances.

However, while women get more involved in minor car accident on average than men, also destroy less cars than men do and for this reason insurance rates costs much more for male drivers than female.

Britain’s most frustrating driving behaviors have been revealed in survey for motorist. Bad driving behaviour and aggressive act are numerous. Motorists said of getting infuriated when get tailgating which is very dangerous because not leaving enough space from the car in front can lead to accidents. Second in the list is when not indicating and cutting up, then not paying attention, driving in the middle of the lane, driving too slowly, not saying thank you when you give way, racing at traffic lights and speeding.

Do you get annoyed easily when you drive a car? Did you know that everyone has a second personality when sitting inside a car? Would you like to check yours? Watch the video below!