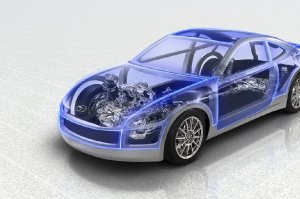 Subaru has just unveiled a concept that anticipates the rear-drive coupe developed with Toyota. The mechanical details are so important as to overshadow the body: the Geneva Motor Show showcases the Japanese engine, transmission and suspension in a transparent car.

The project is a partnership with Toyota that includes the launch of the coupe in 2012, branded as Toyota as well as Subaru. The “Toyobaru” presented, is a Boxer Sports Car Architecture more than a prototype, it’s a showcase of what technology architecture will be for next Japanese sporty coupe and a news for Subaru, which has always preferred four-wheel drive . Subaru offers its expertise in horizontally opposed engines and bodies, while Toyota the rear-wheel drive.

The engine is the 2.0 Subaru boxer aspirated, placed as much as possible to the center of the car. The car will be 4.2 meters long, 1.77 meters wide and just 1, 27 meters high, with a wheelbase of 2.57 m. Probably the upcoming Frankfurt Motor Show will host the world premiere.﻿