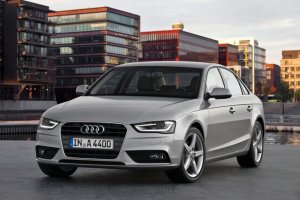 Audi A4 Facelift Audi has just introduced official images and info on the facelift of its A4 range, which will arrive in dealerships early next year. The sedan of Ingolstadt comes with the same […]

The carmaker of Ingolstadt has two news concerning one of his best-selling models, the Audi A4: updated 2.0 TDI engine of 136 hp and the introducion in the catalogue list of version ‘Start’, available as sedan or Avant, with engine 2.0-L 120 hp. The renewed Audi A4 2.0 TDI 136 hp and is featured by the further reduced power consumption, which in the sedan down to 4.4 l/100 km (115 g/km CO2) and in the Avant gets 4.6