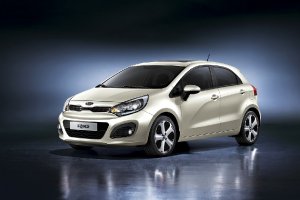 Kia Rio awarded “best design”. The Kia Rio, which had its world premiere at the 2011 Geneva Motor Show, has been brought out in 3-door, 4-door and a 5-door version, the latter awarded “best […]

Kia has unveiled first images of new Kia Rio, which will have its world premiere at the Geneva Motor Show (3-13 March). The new Korean compact – which is based on the Hyundai i20 […]