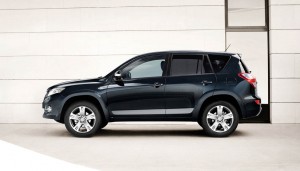 A few days ago Toyota and Tesla signed a formal agreement for the production of a new electric RAV4 version. The Californian industry, famous for its roadster on the market since 2008, will provide the batteries for the new SUV. The Japanese carmaker is not new to electric prototypes, in fact since 1999 produced some Toyota RAV4 with NiMH battery pack for private customers. Some cars exceeded 160 Km of maximum battery autonomy  .

The intention of the cooperation is to bring the new RAV4 in the U.S. market by 2012, even though Tesla’s engineers are already working tenaciously to combine the known characteristics of the RAV4 with electrical transmission, making a first road test with the objective of deliver a fleet of electric cars by 2010.