BMW left an enduring mark upon the SUV market with the larger X5 and X3, and began to tackle the competitive compact SUV sector with the X1 in 2009. Rivals include the Ford Kuga and Nissan Qashqai, which are both cheaper, and the Land Rover Freelander, which is closer in price.

The X1 is well-built, easy to drive, and possesses impressive diesel engines. Steering is direct and accurate, unaffected by torque effects, despite delivering an impressive 236lb/ft of the stuff. The ride isn’t great, a phenomenon common to BMWs, and the Kuga trumps it in this respect. Cabin space is limited.

The price of the X1 is steep, which is justified by the quality of its build and its excellent safety specifications. It has this latter feature in common with the Kuga: both received a five-star rating from NCAP. The X1’s handling is much better than that of the Kuga. Both two- and four-wheel-drive are available. It’s the rear wheels of the two-wheel version that are driven, in contrast to most 2WD 4x4s, including the Kuga. Reliability is good, just like the Kuga. 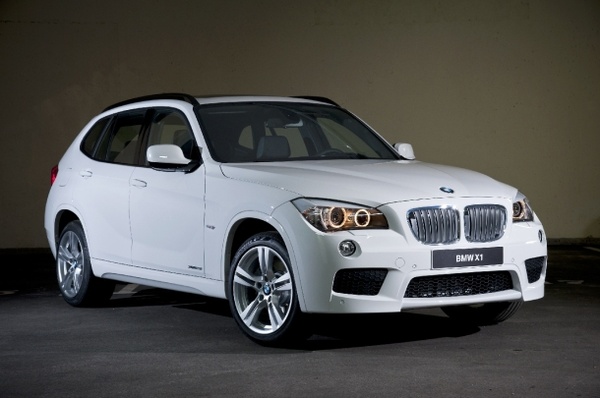 The X1 is similar in width and height to the Kuga. That makes it shorter than a BMW 3 Series Touring, so parking presents no problem. Fuel consumption and emissions are low, which compensates for this car’s inability to scramble up a rocky hillock. The X1 achieves 62.8mpg, rather more than the 47.9mpg of the 2WD Kuga and the 47.1 mpg of the 4WD. The X1 is also better than the Kuga in terms of emissions: 119g/km compared to the Kuga’s 159g/km. This car can accelerate to 62mph in 9.6 seconds, as can the Kuga.

Being closer to the ground than most SUVs, including the Kuga, the X1 has a lower center of gravity which is greatly appreciated on twisty roads: turn-in is crisp, there’s plenty of grip and body roll is minimal. The driving position is excellent and seats give support in all the right places. The X1 is much better suited to driving on the road than off. Off-roaders would prefer the Kuga.

The compact dimensions of the X1 are plainly in evidence inside. It’s noticeably less roomy than a Land Rover Freelander or Kia Sportage. The trunk, at 95 gallons, is not so huge, although this expands to a useful 406 gallons when the seats are folded. It is at least better than the 82 gallons of the Kuga, which is itself an improvement on previous models.

The dashboard is generic BMW, which is no bad thing. Mostly, the X1 is well-finished. While some of the plastics employed on the lower section of the dash and around the gear leaver are disappointing for a premium German brand, the overall effect is better than for the Kuga. 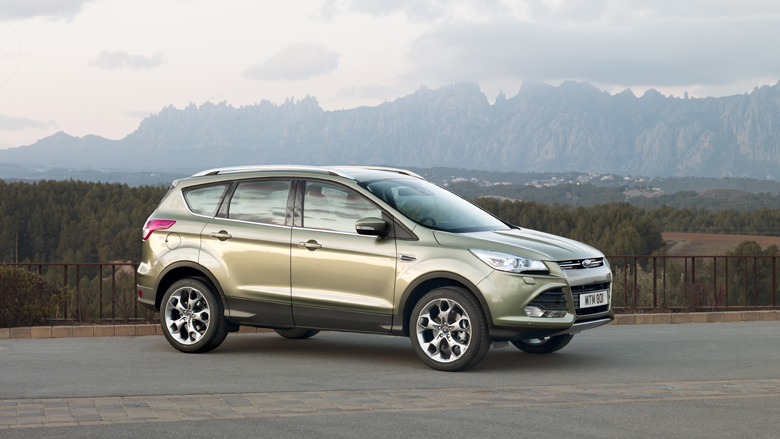 The Ford Kuga is pitched as a luxury SUV that’s cheaper than a BMW. The latest version left its appearance thankfully unchanged but features new engines and a slick dual-clutch automated gearbox. Power has climbed from 136hp to 140hp, with a 163hp version to compete with the likes of the Skoda Yeti and VW Tiguan. The Kuga’s diesels have always been smooth, but those of the Kuga are even more so. Front- and four-wheel-drive versions are there for the taking. The Kuga rides well, beating the X1. Rear legroom is OK but not spectacular – the X1 is better here. The controls feel solid but the silver-painted plastic has perhaps been overdone.

If cost or ride quality is an issue or driving will be off-road, a Kuga is better than an X1. The X1, however, has a better build, milage, emissions, trunk, and finish, and a lower center of gravity. All in all, on this occasion, Beemer dreamers can be expected to be happier than Kuga droolers.

Are perceptions of hybrid cars beginning to change?