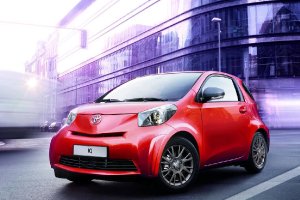 For those wanting a more exclusive iQ, Toyota has created a special edition called Tobasco which will be available at European dealerships from February at average price of 14,500 €. New iQ version is recognized by the Orange metallic paint, 15-inch anthracite Aurora alloy wheels, the side mirrors covered in carbon-like material, specific logos applied along pillar and two tones leather seats.

Although the name Tobasco reminds peppers from Mexico, “hot” is mainly the appearance, because under the small hood there’s the usual engine 1.0-liter 68 hp, combined with the automatic transmission Multidrive. Standard equipment are many including manual air conditioning, power steering, traction and stability controls, height-adjustable driver seat, electric mirrors, six-speaker audio system with MP3-CD player- Aux and nine airbags including the that for driver’s knee and for rear window.