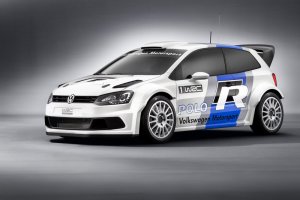 Volkswagen has confirmed, across a press conference in Olbia (Italy), a old rumor: Volkswagen will take part in the 2013 World Rally Championship with the Polo R version WCR 1.6 turbo and 300 hp.

The team that will manage the Polo R WRC will be largely from folks which has triumphed three times with the Race Touareg at the Dakar. “Although the WRC is a new territory for us and we will learn a lot – said Kris Nissen, head of sports activities of the Volkswagen brand,” Our team have enough expertise to top fulfill the task. ”

According to Volkswagen, its new downsizing rules based on the development of large produced vehicles,  ties in perfectly with those of WRC, for efficiency, downsizing and reliability. German engineers are collecting valuable data during first tests, in order to get ready and competitive at debut in 2013. Volkswagen Polo R WRC is expected by many rivals, both in the race and on commercial visibility guaranteed by the World Rally Championship.