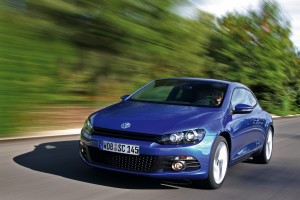 The Volkswagen Scirocco  from now on will be available in a single rich pack called Edition, both for the more powerful versions 2.0 TSI 211 hp and 170 hp 2.0 TDI.

Both engines are combined with two types of transmission, the 6-speed manual and 6-speed DSG.  Version Edition is featured by many standard optional among which there are 18-inch alloy wheels model Chicago which house low-profile tires 235/40 R18 and the sunroof that opens electrically, interior Alcantara, aluminum sports pedals, front armrest and on the board is prepared to attack media Media-USB By connecting your handheld device.