VOLVO XC60 MY 2011 with pedestrian detection 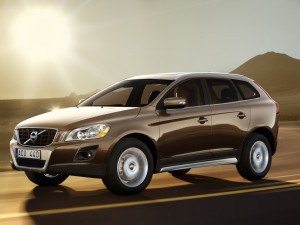 After the S60 and V60, the Volvo XC60 also adopts the new driver assistance systems of the Swedish company. At the end of November the Swedish SUV will be equipped with pedestrian detection system and automatic brake system that can recognize pedestrians and is able to brake independently up to 35 km/h through a radar. The Volvo XC60 is already equipped with a City Safety system that prevents rear-end collisions at low speeds with brakes, based on which the pedestrian detection was then developed. The XC60 model year 2011 can also be equipped with the new generation adaptive cruise control, which in addition can automatically keep the distance from the car ahead and sets the speed until it stops, then again when the traffic starts to move. Also new is the infotainment system, which is identical to the one presented on S60 and V60, with 5 or 7 inch screen built into a revised central console, which now houses a new range of sound systems: the top of the range is the Premium Sound System , Class D digital amplifier with 5 x 130W, Dolby Digital, Dolby Pro Logic II Surround and 12 loudspeakers. As for engine range, the Volvo will offer the new four-cylinder direct-injection on GTDi 1.6L and 2.0 L. The 2.0 turbocharged T5 with 240 hp and 320 Nm of torque and Powershift six-speed automatic transmission will be available on S80, V70, XC60, S60 and V60, but the five-speed manual transmission will feature version S80, V70, S60 and V60 . The 2.0 GTDi is a four-cylinder engine that delivers 240 hp and 320 Nm and on XC60 will be paired only with automatic transmission Powershift dual-clutch six-speed.