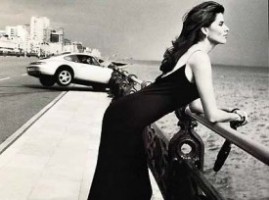 Younger drivers, particularly those aged 25 and under, and especially males, have to pay a high premium when finding car insurance for younger drivers. By restricting themselves to cars in the lower insurance group they can mitigate these costs to some extent, and by building up a good no claims discount they can also reduce insurance costs, however should they be involved in an accident or two, then their insurance premiums will skyrocket upwards.

Here we will look at a few ways in which young drivers can stay safe on the road, particularly on motorways, and as a consequence keep their insurance premiums down. The worst offence that young male drivers cannot seem to avoid is driving too fast. Speed really does kill. Even if the accident is not your fault, the amount of kinetic energy that there is in a road car travelling at 100 mph is rarely survivable.

Young drivers seem to have a need to drive far too closely to the car in front, in other words tailgating. They may have faster reactions than older drivers, but not that fast and if the car in front stops suddenly there may be insufficient time to react. Young people and their mobile phones are inseparable, which is why so many of them drive when using one. Not only is it against the law, it is highly dangerous. Either switch off your phone or use Bluetooth.

Middle lane hogs tend to be older drivers but young drivers do it too. It is very dangerous as it encourages undertaking. If the left land is empty, then take it. Changing lane too often is not recommended either and when you come across a middle lane hog then try to resist undertaking him; it is a very dangerous sport.

Next post: Jo Whiley talks about technologies in a Chevrolet Volt powered video